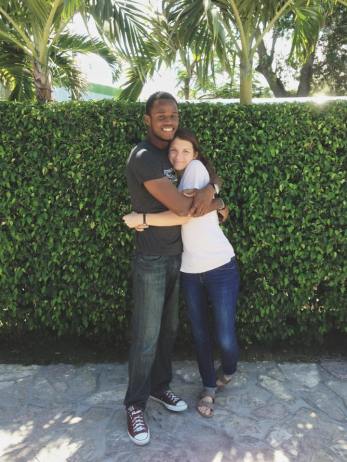 In May 2014, Caroline and Rudy met for the first time. They were introduced to each other by a fellow Praying Pelican Missions co-worker who was setting them up to lead a mission trip together in one of the biggest cities in Haiti, Les Cayes. Caroline had heard her friends rave about how awesome Rudy was, so she was excited to finally work with him!

Minutes after their introduction, Rudy forgot her name and addressed her as “woman.” “Wow. This is going to be a great week..” she thought sarcastically. Caroline later found out that it wasn’t that he had actually forgotten her name, but instead was struck by her beauty and tried to hide his sentiment. **awwww**

This week was supposed to be the only week that they would work together for the summer, and they knew that. They tried getting to know each other as well as possible on the job. They shared about their lives, families, and callings. From faith to future dreams and humor to hobbies, Rudy and Caroline found out that they had a lot in common. By the time the trip was over, they were already good friends and were hoping to, by some miracle, work together again or at least get to see each other again.

Eventually the day came for Caroline to go back to America. Rudy planned out an
elaborate day of fun that was supposed to include hiking and his momma’s famous cooking. The day did not exactly go as planned, but Rudy still managed to confess his crush which, luckily, was reciprocated!

After one year of long distance dating, Rudy had decided that he had enough. So, he
proposed to Caroline on top of the Citadel in Cap Haitian after a day full of, mostly unplanned and unwelcome, adventure. Caroline joyfully said yes to a life of glorifying the Lord alongside her best friend. They celebrated with a ceremony full of prayer and dancing on December 12, 2015. 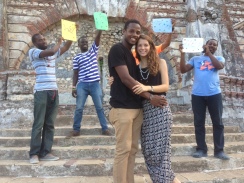 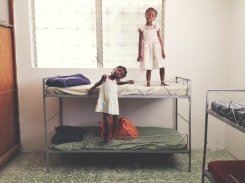